Charged With Domestic Violence or Child Abuse in Colorado Springs?

Domestic violence and child abuse are criminal charges that carry hefty consequences in Colorado, and federally if you are a member of the Armed Forces. Many people do not realize that you do not have to hit your (former) partner to face domestic violence charges, there are a host of other offenses that qualify as domestic violence including the accidental destruction of property or even taking the car keys of your partner. A conviction can result in serious, detrimental consequences that can lead to a restraining order, loss of your job, loss of visitation rights or custody of your children, and your right to own or carry a weapon. If you have been accused of domestic violence or child abuse, it is important to get experienced, aggressive defense on your side. For a qualified domestic violence attorney in Colorado Springs, enlist the services of the Law Office of Warren D. Price, Attorney at Law. 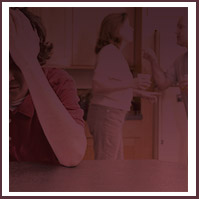 Are You the Victim of Domestic Violence in Colorado Springs?

Domestic violence happens every day in Colorado Springs and affects people of all races, genders, and social standing. If you are suffering physical, sexual, emotional, or financial violence at the hands of your intimate partner, former partner, or someone who lives with you, the law is on your side. When victims of domestic violence attempt to leave the relationship or are pregnant, these are the most dangerous times, and you should not attempt to face it alone.

If you are in immediate danger, please call 911. For assistance managing or leaving a violent home, please seek the assistance of these resources:

What Qualifies as Domestic Violence or Child Abuse in Colorado?

Domestic violence, in itself, is not a criminal charge. The term “domestic violence” is a label added to certain charges to make them more serious, and is used as a sentence enhancer if convicted. Charges of domestic violence and child abuse can be filed as a civil case in family court for the purposes of seeking protection and/ or as a criminal case in state or federal court as a means of seeking punishment for the accused. The label of domestic violence attached to the charges, whether you are convicted or not, also affords certain rights to the alleged victim that would not normally be a part of the charges if you were not, at one time, involved in an intimate relationship together. The domestic violence label can be added to any charge of a crime committed as a means of coercion, control, punishment, intimidation, or revenge against an intimate partner.

Common Charges That are Labeled as Domestic Violence

When any one of these charges are pressed against you and the victim is a current or former intimate partner, spouse, or cohabitant, the label of domestic violence will likely accompany the charge.

If you are facing any of the charges listed above, do not hesitate to contact a criminal defense attorney to represent you. Your legal defense will make a big impact on the outcome of your pending case. Trust the legal expertise and aggressive criminal defense of the legal team at Murphy and Price, LLP. 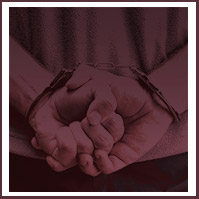 Domestic Violence Does Not Have to Involve Physical Violence

In the discussion of domestic violence, many people think about black eyes and sexual assault. However, there are a lot of words and actions that are filed under the domestic violence umbrella and may result in you facing criminal charges. Some examples of what could be charged as domestic violence include:

Colorado is a Mandatory Arrest State

Colorado is a mandatory arrest state, meaning that if a domestic violence suspicion is called in to authorities, the law enforcement officer who responds to the call has to make an arrest. The arrested party will be booked into jail and given a bond hearing where their case may be made. Because domestic violence cases are the State of Colorado vs. the arrested party, the victim will have the right to know about bond hearings and outcomes, but they cannot drop charges or have any contact with the arrested individual until granted by the courts.

Like most states, Colorado has mandatory arrest laws for law enforcement, where the officer is not authorized to use personal discretion as to whether or not they should arrest someone. If an officer is called to a domestic violence situation or has reason to believe that there is some form of domestic violence occuring, they are required to make an arrest then and there. This means that the accused will be booked into jail and cannot be given bond until the victim is heard at the bond hearing. Remember all the charges that can be considered domestic violence — taking your partner’s car keys to prevent them from driving, throwing their phone, threatening to withhold resources if they leave the premises or relationship, incessantly sending texts or calling, showing up to their home, and even intentionally pouring your beer on them or destroying their belongings. No physical contact has to take place for a mandatory arrest to be made.

Additionally, domestic violence is considered an affront to the peace and dignity of the State of Colorado, and therefore is charged as “You vs The State of Colorado.” This is important to understand, because the alleged victim is not listed (although they can press additional charges), and therefore cannot drop the charges. Except for unusual circumstances, even the judge cannot dismiss the case at the request of the victim.

May Affect Your Citizenship Status

Crimes of a violent nature are grounds for denial of pending citizenship requests and revocation of previously granted citizenship. If you are an immigrant, a conviction of domestic violence has the potential to affect your legal citizenship status and ability to remain in the United States. If you are an immigrant facing domestic violence charges, you need the support of an experienced immigration attorney, like Warren D. Price, Esq. For a consultation, contact the Law Offices of Murphy and Price, LLP today.

A domestic violence charge is considered a crime against society and carries with it, the potential loss of general rights, including your Second Amendment Right to bear arms. According to the “Lautenberg Amendment,” any person who has an active restraining order or order of protection against them or has made a plea bargain or been found guilty in a domestic violence case cannot own or carry a firearm.

If you are a member of the US Armed Forces, you may be facing federal domestic violence charges in addition to charges under the Uniformed Code of Military Justice (UCMJ). These charges may be pressed against you in addition to any civil or criminal State charges. The consequences of a guilty verdict in this situation may result in prison time in a federal or military facility, in addition to a dishonorable discharge and loss of your career. Even if the charges stay minimal, in civil family court, if you fall under the Lautenberg Amendment, you will be discharged from the military because you are unable to carry your assigned weapon. If you are a member of the military and facing domestic violence charges, you need an aggressive criminal defense attorney who is experienced in the world of military law. Contact the Law Office of Murphy and Price for a Criminal Defense Attorney who specializes in military defense.

Unfortunately, the reality of divorce is that sometimes practices used to get the most out of the divorce for one party means enlisting dirty tactics. One common dirty tactic is allegations of domestic violence during divorce proceedings. Because domestic violence is a “Victim’s Rights” charge, courts will err on the side of the victim in terms granting custody and property in a divorce. A plea bargain or guilty verdict may also affect child custody, child support, and alimony rulings. While matters of divorce are a family court topic, the criminal charges you may be facing can escalate quickly. Colorado courts tend to rule in favor of the alleged victim and force the alleged perpetrator to prove, beyond a shadow of a doubt, that the allegations are false. To help fight your case, you need a seasoned criminal defense attorney who will aggressively defend your rights. Contact the Law Offices of Murphy and Price for your consultation today!

Do NOT Speak to the Alleged Victim Under Any Circumstances

If the state has issued a restraining order or an order of protection against you, under no circumstances should you attempt to contact the alleged victim. Even if the situation is a colossal misunderstanding and the victim has no intentions of pressing charges, violating the protective or restraining order will only hurt your case. Instead, immediately contact an aggressive criminal defense attorney to help get the charges dropped and the order removed. When you call the Law Offices of Murphy and Price, we will get to work on your case right away!