In Colorado, conviction of weapons-related criminal charges can carry hefty consequences, including prison time and fines of tens of thousands of dollars. Allegations of crimes involving weapons can escalate charges and negatively impact your career and your constitutional rights before a verdict is reached. At the Law Offices of Murphy and Price, LLP, our experienced legal team works diligently to protect the rights of every citizen and will build your case to reflect that. If you or someone you know has been charged with a weapon or firearm crime, or a criminal charge that includes a weapon, contact us immediately. 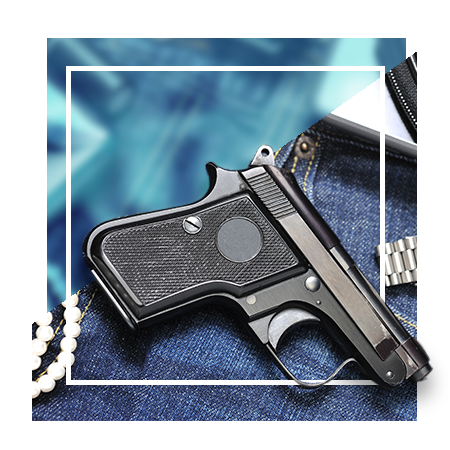 Every American is protected by the Second Amendment and has the right to bear arms, and Colorado supports these rights to the fullest extent. Colorado is both a concealed carry and open carry state that allows Coloradoans to exercise their gun rights as they see fit.

However, there are laws and regulations that govern how and where people may exercise their gun rights. Before strapping your gun to your hip, there are a few things you should be aware of. All weapons must be legally purchased and registered. Weapons are prohibited from being carried in certain places, and your gun rights may be revoked.

Gun and weapon charges are serious offenses in Colorado and may result in serious fines and prison time. Some of the most common weapons charges in Colorado include:

A risk you run when you carry or possess a weapon is having it included in other criminal charges or having criminal charges initiated where they otherwise wouldn’t exist. For instance, if you get in an argument with a stranger at a bar that ends in fists being swung by either party, and you have a weapon on your person, whether or not it was brandished, you could find yourself facing felony aggravated assault charges. Other common examples of escalated charges caused by the presence of a weapon include:

Assault, domestic battery, child abuse, and robbery are typically misdemeanor charges. However, the presence of a weapon elevates the charges to felonies and carries much harsher punishments.

There are several ways that weapons charges can negatively impact your military career, most significantly is if your assigned military weapon is involved in the crime. To enter into military service and remain in good standing, you cannot have violent felonies or those that involve weapons on your record. You should be able to qualify for a security clearance, and you must be able to carry your assigned weapon. If you face weapons charges or have your right to bear arms revoked by a weapons charge conviction, none of these qualifying factors will be present, and your military career may be in danger. Worse, you may find yourself facing a court-martial in addition to civilian charges and face a dishonorable discharge.

In addition to state and federal weapons laws, service members are held to military law under the Uniformed Code of Military Justice (UCMJ) as well as post and command regulations. Violations of any of these additional rules may subject you to punitive action and damage your career. Some examples of these additional violations include:

If you are facing court-martial or Article 15 proceedings, you deserve the defense of a legal team who knows how to defend you.

Before entering a military installation as either the service member, family member, temporary visitor, government contractor, or civilian employee, it is important to know the rules and regulations. As a service member, you are required to follow all federal, state, and military law as well as post regulations. Anyone coming onto post is also expected to adhere to post regulations to avoid trouble. Military police have full authority to enforce installation policy on military, civilian, and government contractors while they are on post. Some things to be aware of include:

If you have been arrested by military police or are facing charges for a weapon crime committed on post, contact the military defense attorneys at Murphy and Price, LLP.

As an immigrant in any status, you are held to federal laws and the terms of your citizenship. For the most part, misdemeanor weapons charges don’t result in deportation, however felony weapon convictions may result in revocation of your legal status and deportation. For violent crimes that include a weapon or weapon trafficking charges, these crimes violate moral turpitude and are grounds for removal from the United States and denied reentry. Don’t let charges involving weapons result in a change in your citizenship potential. Contact the weapon charge defense attorneys in Colorado Springs who are also experienced immigration lawyers.

If you are facing weapon charges in Colorado, there are a number of defenses that can be used. Some of the more common defenses include:

Self-defense or the defense of others. If you brandished or used the weapon to defend yourself or others, charges may be downgraded or dropped completely.
Unlawful search and seizure defense may be used if the weapon was discovered illegally or law enforcement officers failed to follow protocol during your arrest.
Lack of intent or knowledge defenses are most commonly used against illegal possession charges or in cases where the weapon may have been present, but use of it cannot be verified. If a weapon is present without the intention of it being used or the person in possession was unaware that the weapon is illegal, it can be difficult for the prosecution to prove otherwise.

At the Law Offices of Murphy and Price, LLP, we use a variety of approaches to build your defense. If you are facing weapon charges in Colorado Springs, contact us for your consultation today.