You've done your best to give your child the life they deserve and one teenage mistake may threaten to take away the future you've worked hard to provide for them. Whether your kid was in the wrong place at the wrong time, was running with the wrong crowd, or was the mastermind behind an activity they didn't understand the consequences of, the legal team at the Law Offices of Murphy and Price, LLP in Colorado Springs will put their decades worth of criminal defense experience to work for your child. Contact us for your consultation today. 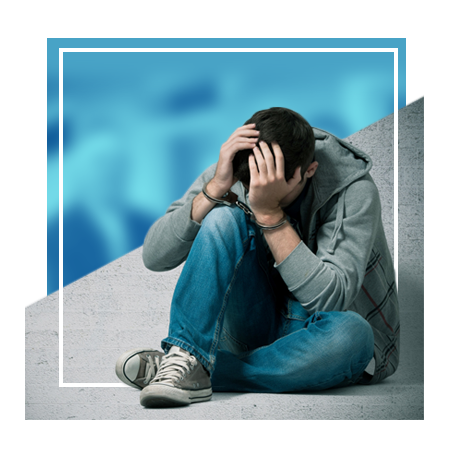 We Can Defend Your Child Against:

Adolescence is a time of exploration, discovering who you are, and testing boundaries. It is every teen’s wish to be autonomous and blaze their own path. Hormones, rebellion, peer pressure, blind ignorance, and the feeling of invincibility can land kids on the wrong side of the law, easily. Traditional juvenile or age-based crimes that are unlikely to permanently tarnish your child’s record include truancy, violation of curfew, underage consumptions, and tobacco- or marijuana-related charges (not including distribution). In Colorado Springs, the juvenile court handles thousands of cases involving kids ages 10 to 18 each year. Some of these cases are deemed bad enough to be tried in adult court and result in adult sentencing. A juvenile defense lawyer can give your kid a fighting chance. At the Law Offices of Murphy and Price, LLP, we help defend youths who are being charged and tried as adults.

When Colorado Juveniles Can Be Tried As Adults

Under the law, children are considered juveniles if the youth is convicted of a crime that was supposedly committed before the age of 18. Certain acts and circumstances, however, can have the child facing adult charges and sentencing. In the Colorado legal system. Children as young as 12 can be charged as an adult for Class 1 or Class 2 felonies. When considering transferring a case to adult court, several factors are weighed including:

Adolescents over the age of 16 will be tried in adult court for any of the following offenses:

While the charges may be the same, there are many differences between juveniles and adults tried in adult court as well as differences for juveniles tried in juvenile versus adult court. There are advantages and disadvantages to all scenarios. In juvenile courts, the sentencing focuses heavily on rehabilitation including counseling, recovery programs, education, and house arrest rather than punitive action. The thought is that kids, given the right opportunities, can be saved from future misconduct. When a juvenile is tried in adult court, the sentencing tends to mirror adult sentencing including heavy fines and jail time. An advantage of youth in adult court is the possibility of a trial by jury, which is not available in juvenile court. Juries may take leniency on teens due to their age and perceived rehab potential.

The best offense is a well-armed defense. If your child has been accused of a crime, it is always a good idea to “lawyer up.” While the charges may seem menial now or you want to teach your child a lesson by allowing them to face their consequences, don’t let them do it without a local lawyer on their side. At the Law Offices of Murphy and Price, LLP, we can help you and your teen decide which options would be better and aggressively defend their case. We can help prevent a childhood mistake from becoming a lifelong criminal record. For the legal counsel your teen deserves, contact us to schedule your consultation today.