Theft is defined by Colorado state law as “knowingly obtaining, retaining, or exercising control over anything of value of another without authorization or by threat or deception; or deprives another person of the thing of value permanently.” Shoplifting, while is seemingly a harmless crime, can have severe consequences on your future. It is important that you understand the charges against you and how it may impact you.

Many people are familiar with the fact that taking possession of something that does not belong to you is illegal and is a crime of theft. Each type of theft crime carries different consequences and punishments, so it is important to understand the difference between the various charges. A theft crime is any crime that involves the taking of property or a “thing of value” that does not belong to you.

Shoplifting is when a person conceals items in a commercial setting to remove the item without the intent to pay for it. This is most common in the retail setting. 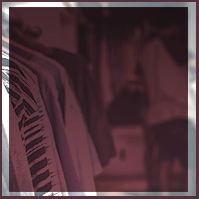 Larceny is the theft of personal property, it is the crime of stealing from another person. Money, personal belongings, vehicles, and pets are all examples of things that can be included in a larceny charge.

Embezzlement is the theft or larceny of money or property by a person in a position of trust or responsibility over the property. This is common in the corporate setting. An example is a bank teller taking money.

Other lesser known theft crimes that are common in Colorado include theft of trade secrets, theft of medical information, and resale of lift tickets. If you have been the victim of a theft crime or you have been accused of a crime of theft in Colorado, it is important to have an experienced attorney on your side to help you defend your case.

Never admit guilt without invoking your right to a criminal defense lawyer.

There are many reasons that a person may commit an act of shoplifting, as there are a variety of situations that may make it appear that someone has shoplifted. Your criminal defense lawyer may use one of these shoplifting defenses to fight your case.

Lack of intent applies when the supposed shoplifter had no intent of stealing an item. Or instance, if you were caught up in conversation and walked out with an item you forgot you were holding or when you paid for everything else, the item was not rang up. To be found guilty of knowingly shoplifting, the prosecution will have to prove intent. 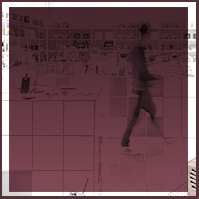 Choice of evils, or justification, is an affirmative defense — admission that the crime took place, with an offering of justification — applies to any criminal act where the crime was committed to avoid committing a greater crime. In regard to shoplifting, a person usually uses this defense when the items stolen were out of necessity. For instance, when baby formula or diapers are stolen to avoid allowing the child to be neglected basic needs.

Duress is also an affirmative defense, in which the shoplifting is committed under coercion or as a result of violence, threat, or pressure of another person.

Return of property can be used as a defense when the crime is made right. This helps to prove lack of intent.

Lack of evidence is the defense that is used to force the prosecution to prove that you committed a crime. Without the stolen goods or the ability to prove that you stole the goods rather than obtained them legitimately, there is no case. This defense is used in any case where the perpetrator was not “caught red-handed,” so to speak.

Mental illness, or insanity, can be used when the perpetrator suffers from the condition Kleptomania. Kleptomania is a recognized mental disorder that has been linked to depression, obsessive compulsive disorder, and other manias. In this defense, your criminal defense lawyer will argue that the crime was committed due to a disorder beyond your control.

Mistaken identity is a situation in which the person who accuses you of the crime cannot pick you out of a lineup or can only describe the suspect without being able to determine for certain who the person who committed the crime is.

At the Law Offices of Murphy and Price, our legal team can help build a solid defense for your theft crime charges. Before you make a plea, contact us to find out how we can help. We have nearly three decades of experience as criminal defense attorneys in Colorado Springs, defending local residents, military service members, immigrants, and tourists. Contact us for your consultation so we can begin building your defense today!